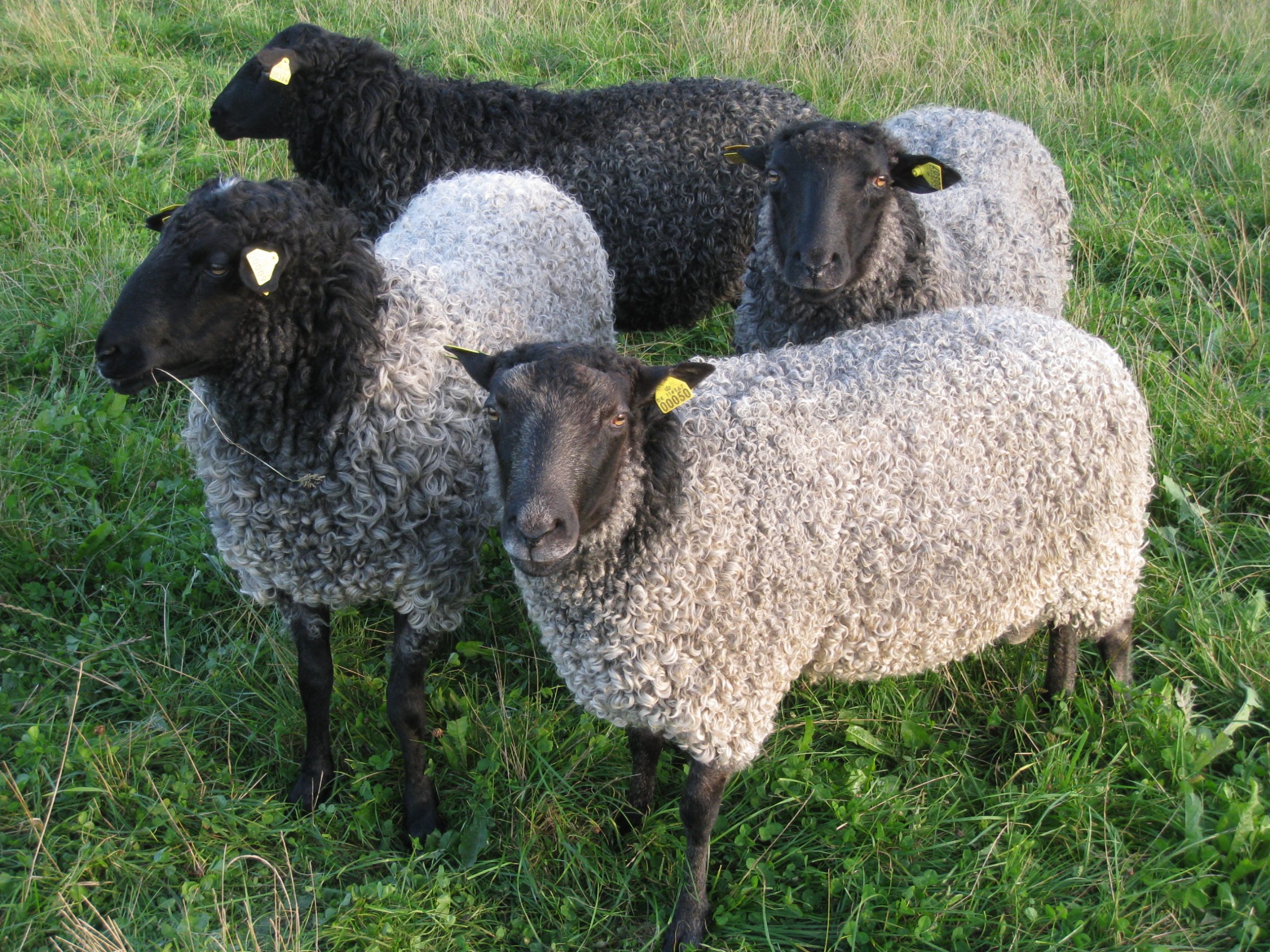 The Gotland sheep is known for its long, fine curls that come in every shade of grey. They are originally are from the island of Gotland off the coast of Sweden, where they were raised by the Vikings for their pelts. They have since spread from Europe to across the world. The famous Stansborough flock in New Zealand supplied the wool used for the cloaks in the Lord of the Rings movies. While an upbreeding program using imported Gotland semen bred to longwool sheep, helped establish the Gotland in North America in 2003.

Gotland sheep have bare black heads and legs. Ancestors of the modern Gotland used to have horns, but that trait has been bred out over the centuries. What rams lack in horns, they make up with in style. Most have a shaggy, lion-like mane of black hair around their necks.

We love Gotland wool because of its wide-ranging greys, soft handle and cloudy halo that it creates when spun into yarn.

Our Gotland Sheep yarns are: