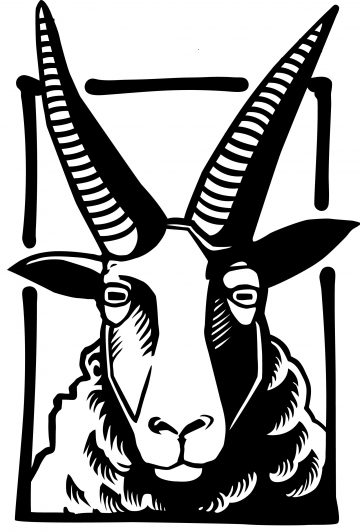 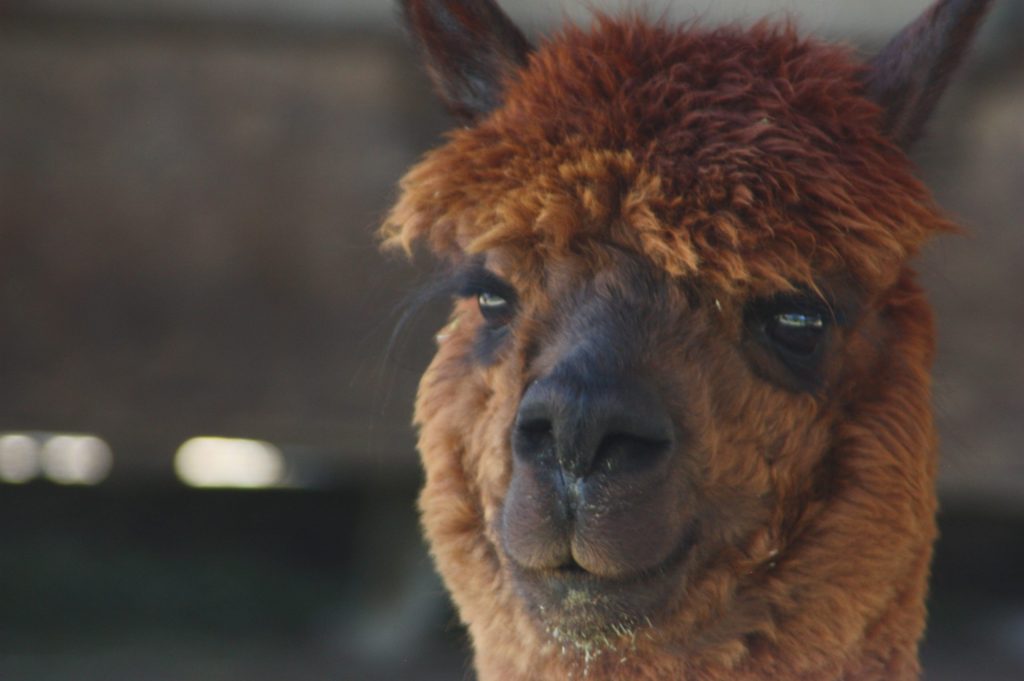 Alpacas are the cuties of the fiber world – especially the Huacaya alpaca their teddybear-like looks.

Alpacas come in two types – the Huacaya and the Suri— which are distinguished by the type of fleece they grow. While the Huacaya has a light and airy crimped fleece, the Suri grows dense, straight locks. Suri alpacas are also relatively rare, making up about 10% of all alpacas in their native South America.

We opt for Huacaya fleece in our yarn not only because there’s more of it around, but also because the crimp helps it easily blend with wool, which has a similar zigzag crimp structure.

Alpaca fleece is very soft, having a softer handle than wool fibers of a similar width. This is due to the microscopic structure of the fiber. Both wool and alpaca fiber are covered in scales made of a protein called keratin. In alpacas, the scales overlap one another at a flatter angle compared to scales in wool. This, in turn, creates a smoother fiber.

We also love alpaca fleece for its colors. True black, snow white, and shades of gray, fawn and cinnamon are all common in alpacas. Unlike wool, white alpaca did not come to dominate the broader fiber market until the 1950s, when American golfer Arnold Palmer popularized brightly colored golf sweaters made from alpaca fleece. The demand for colorful alpaca sweaters put a premium on white alpaca fleece that could be dyed.

This relatively recent trend has help preserve a variety of fleece colors in the alpaca population, although the relative numbers of white alpacas has increased dramatically since then. In the 1930s, about 90% of alpacas in South America were colored. Now, that number is only about 12-24%, according to Michael Safley’s book Alpacas: Synthesis of a Miracle.

Alpacas are originally from the Andes region of South America. They were never wild, and are domesticated descendants of the wild vicuña. (Both species are closely related to camels and all have two-toed and padded feet in common). The Inca civilization, which dominated the Andes region from 1438 – 1533, valued alpaca for their fiber, weaving complex textiles from alpaca fiber and taking full advantage of the range of natural colors.

When Spanish colonizers conquered the empire in the late 16th century, they slaughtered the alpaca along with the Inca people (thought most of the  Inca people died due to infectious diseases such as small pox). It is estimated that 90% of the alpaca population was killed during by the Spanish. The colonizers’ fixation on gold and silver caused them to completely overlook the fine fiber.

The alpaca is around today due to the descendants of the Inca and other indigenous groups who survived conquest by the Spanish. These descendants are now known as the Quechua and Ayamra people. And the alpaca continues to play an important role in their culture.

Westerners would not come to know the luxury of alpaca fleece until the mid-18th century when Sir Titus Salt, an English mill owner, succeeded in commercially spinning alpaca fleece into yarn – a feat that created a thriving market for alpaca fiber. Salt first came across the fiber while wandering a Liverpool wool warehouse in 1836.

Alpaca is now a global fiber, with alpacas found on farms across the world. We source ours from small farms in the United States.

Our alpaca blend yarns include: